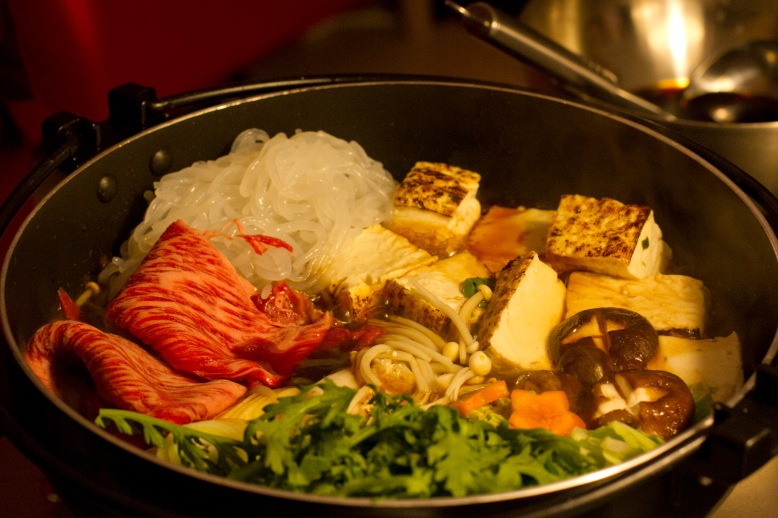 Sukiyaki – Japanese one pot meal that are common in the winter

I think fall has skipped Japan all together and we’re heading full-steam into winter. Sad, but true. However, there is some silver lining to winter approaching…sukiyaki!

On Saturday, I headed to Tokyo for a sukiyaki cooking class with my foodie friend. Sukiyaki is hands-down my favorite Japanese winter dish. I’ve tried a few different nabe (hot pot cooked at table) but always finish a meal wishing I had gotten sukiyaki instead. I was sure it was easy to make but sometimes it’s easier to have someone show you the first time.

Buddha Bellies Cooking School has long been one of my favorite Tokyo stops. I routinely check out their website to see what’s happening and what classes I can join. It all started over a year ago when I took the first udon-making class for my birthday. It was a wonderful night spent with our gracious host Ayuko, new friends, and my husband. Those living abroad know how lonely birthdays (or holidays) can be so feeling like you’re with “family” makes it easier. 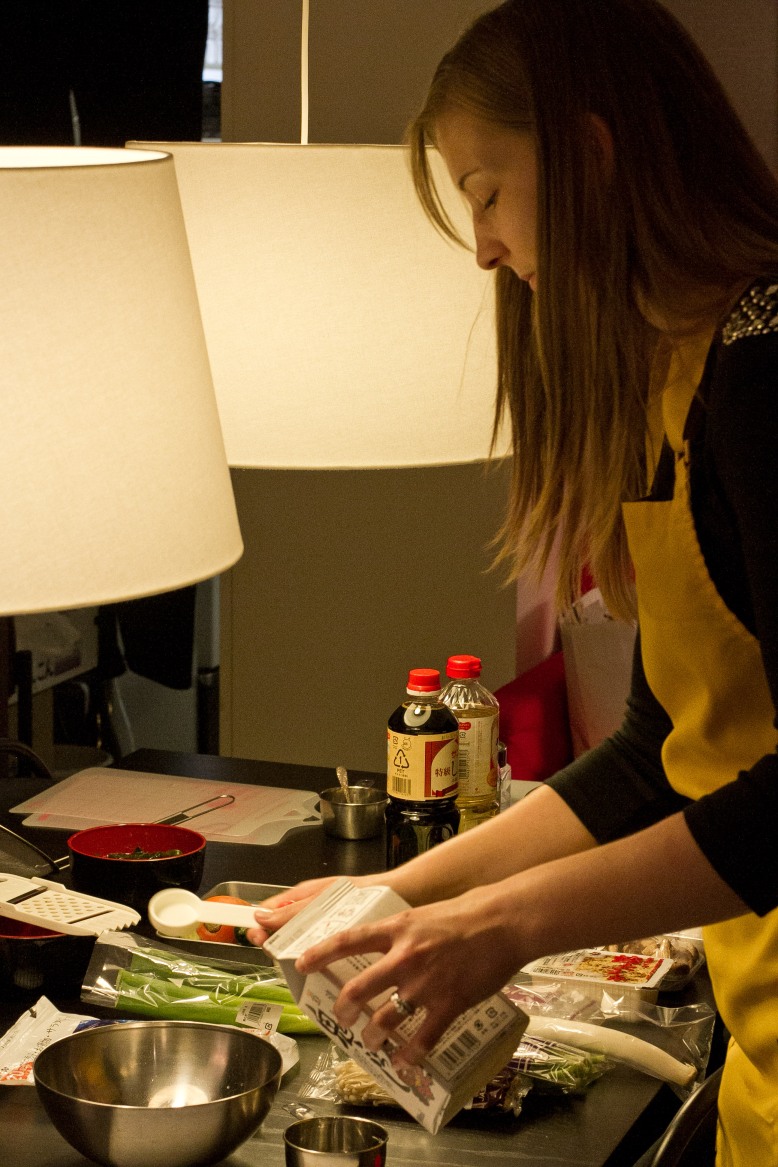 My friend prepping the warishita sauce for sukiyaki

But I digress; this post is about sukiyaki and its deliciousness. Ayuko started the class by explaining the basic history behind the dish.  There are different stories on how sukiyaki came about. But the one consistency is that prior to outside influence, the Japanese did not eat much meat. When westerners started coming to Japan in the late 1800s, they wanted beef and the Japanese being unaccustomed to preparing beef would boil it in pots with soy sauce.

The other cultural tidbit that we learned was that there are two types of sukiyaki, Kanto- and Kansai-style. The first major difference is the sauce. The Kanto-version requires warishita sauce to be prepared ahead of time.  For the Kansai-version, it is added after the beef has begun cooking. There is also a variance in sauce flavor. People in the Kanto prefer a saltier version while the Kansai area prefers a sweeter version. 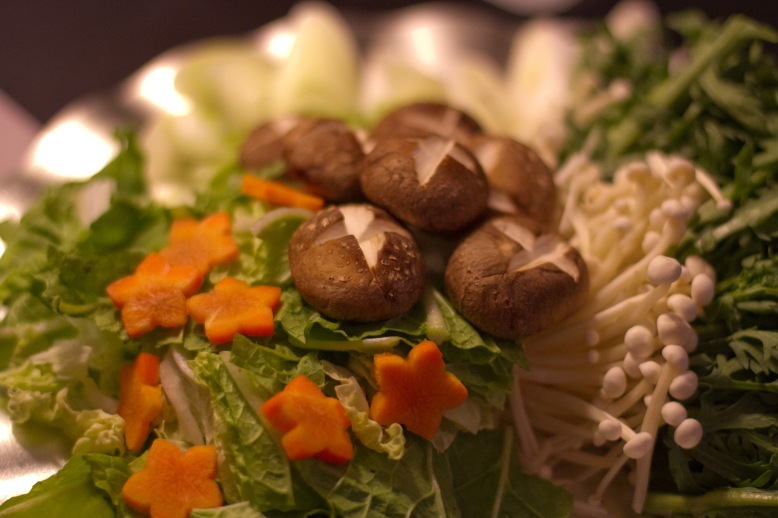 Since we were in Tokyo, we were learning the Kanto-version so first up was making the warishita sauce. The sauce was ridiculously easy to make. We mixed together soy sauce, mirin, sugar, salt, and sake. Brought it all to a boil and allowed it to cook off the alcohol before letting it cool. The sauce actually improves after a few days so make it ahead of time and you minimize prep on the day.

After we had the sauce was complete and cooling, we moved onto the vegetables. We cut and prepped onions, cabbage, carrots, tofu, and mushrooms. We added a hashed “X” on each mushroom which I thought was done for presentation alone but discovered it actually allows more sauce to seep into the mushroom. Yummy!

We also cut the grilled tofu in the traditional way Japanese do which means on your hand. Yes, you heard right! We were both a bit freaked out about cutting our fingers off but in the end, it all worked out well and we had nicely cut tofu. 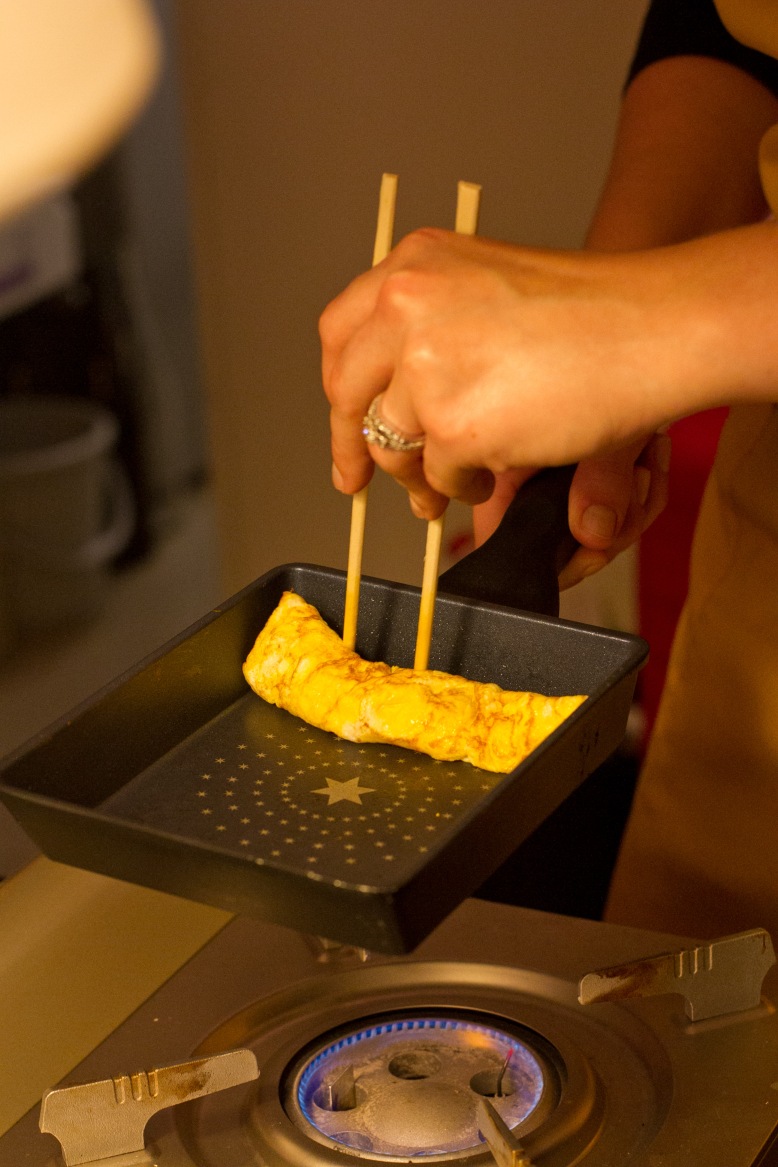 With the sukiyaki platter ready to go, we moved onto our appetizer platter. We made a dish called namasu which is pickled cucumber and wakame seaweed, Japanese egg omelet, and a decorative sushi roll.

Our teacher Ayuku demonstrating how to make decorative sushi 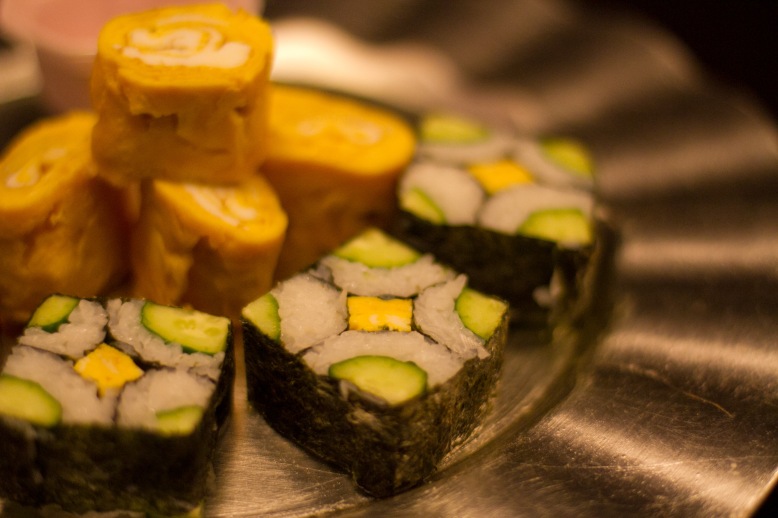 Then it was time to begin our feast! There is a process to how items are added to the sukiyaki dish. First, we placed a beef fat cube in the pot instead of oil to grease it. Most grocery stores and butcher shops offer beef fat in the meat section. I had always wondered what those white cubes were in the basket and now I know! Then the first round of beef is added with some of the warishita sauce. Only beef is added for the first round is to allow it to further flavor the sauce with its juices.  After we gobbled up the delicious marbled beef, we added more beef, mushrooms, onions, cabbage, grilled tofu, shirataki noodles, and shungiku (garland Chrysanthemum). Let it all cook and then time to eat. 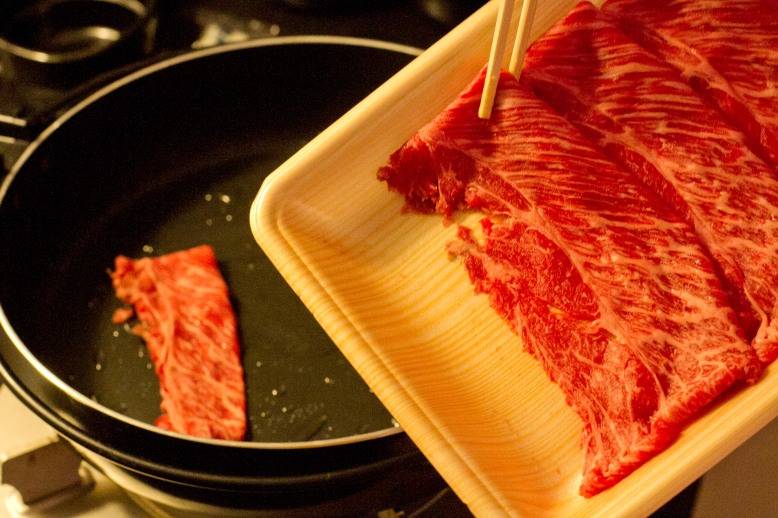 First into the sukiyaki dish is marbled beef

The traditional way to eat sukiyaki is by dipping it in a raw egg. You break the egg in the bowl provided, whip it, and then dip the beef into it prior to eating. It helps to cool the beef and the egg cooks slightly on the surface. There’s an added richness this way but don’t feel you have to do it. The meat and vegetables were equally delicious without.

I’m so excited to add sukiyaki to my cooking binder as its quick, communal, and the perfect dish for these cold days. What’s your favorite winter dish? 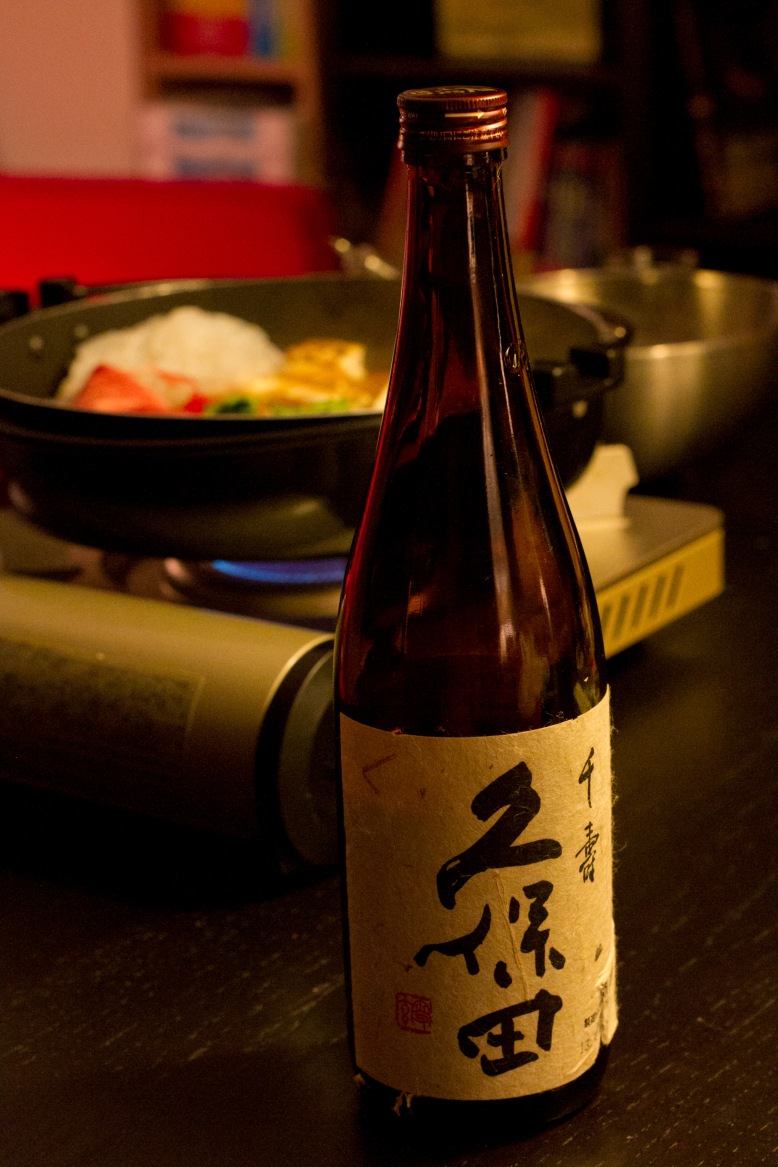 Enjoying a crisp sake from Niigata prefecture with our sukiyaki